Valga is the heart of historic Livonia. The sphere of influence of the town of Valga situated on the Estonian-Latvian border reaches the bilingual cultural space of two states. Konnaoja (Frog Creek), running through the town, separates the twin town Valga-Valka and also opens the gate to southern Estonia. As the areas of southern Estonia and northern Latvia used to belong to the Governorate of Livonia, the town of Valga with its twin town Valka can be regarded as the centre of Livonia.

The legend describing the division of the town between the two states says that in old Livonia, Valga developed as a single town. When the republics of Estonia and Latvia were formed, it was impossible to decide which country the town should become part of. The border issue was resolved in 1920 by the English colonel Tallents, who is said to have been treated to a week-long reception in Estonia, then another week-long reception with the Latvians, and who then decided to divide the town in half on a map – one side for Estonians and the other side for Latvians.

Today, Valga-Valka is like a single town that cannot fit within the borders of one country. Hence the slogan “Valga-Valka – 1 town, 2 states”.

There is hardly a guest to the town who has not posed for a picture beside those border posts. Try standing with one foot in Estonia, the other foot in Latvia, holding a jäätis (‘ice cream’ in Estonian) in one hand and a saldejums (‘ice cream’ in Latvian) in the other. 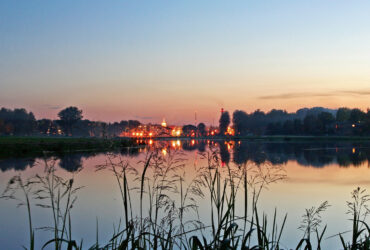 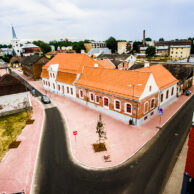 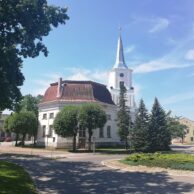 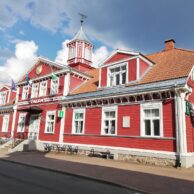 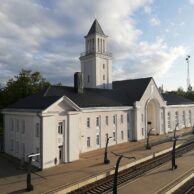