How Tõravere got its observatory

You’re not far now from the recently renovated main building of Tõravere Observatory. You can see three towers and domes, each of which has a small telescope. The tower you see to the west has the biggest reflector of any telescope in northern Europe, measuring 1.5 meters across. To the south-west you can see the Estonian Institute of Meteorology and Hydrology and the actinometry field.

Construction of the observatory began in 1958 on what is known as ‘Windy Hill’. Before anything could actually be built, however, the masses of straw left behind on what was then a collective farm had to be cleared. The main building was completed in 1963 and officially opened in September 1964.

For the first few years of its operations the observatory was constantly buffeted by strong winds, which in winter meant that the grounds were swathed in impassable snowdrifts. As a result, people clubbed together to landscape a buffer – pretty much all of the trees you see here were planted by observatory staff.

When a number of sizeable stones were unearthed during renovations to the waterworks, the astronomers at the observatory arranged for them to be included in a model of the solar system marked out by cedar trees. They were duly installed in the model, representing the asteroid belt between Mars and Jupiter. 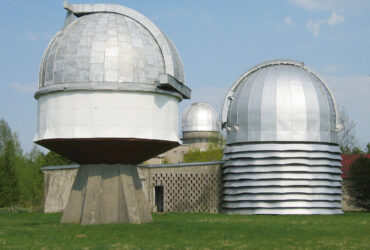 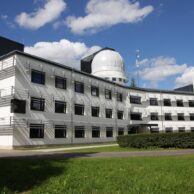 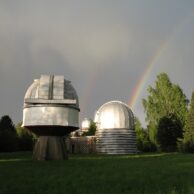 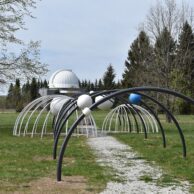 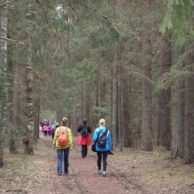