Considering the area of the lake, even leaving out Lake Pskov and Lake Lämmijärv, Lake Peipus is the fourth largest lake in Europe after Lake Ladoga and Lake Onega in Russia and Lake Vänern in Sweden. The northern shore of Lake Peipus is covered in sand. It is an area with beautiful landscape, and a highly valued resort with pine forest growing on old sand dunes and picturesque sandy beaches stretching as far as 40 kilometres along the shore.

Mustvee is a town of five churches. If you find the Russian Old Believers Church, St. Nicholas’ Orthodox Church, Mustvee Holy Trinity Unitarian Congregation Church, EELC Mustvee Lutheran Church and EKB Mustvee Bethany Sanctuary, and get a glimpse of their interior, you have been lucky to see a rich cultural heritage unlikely to be found assembled in any other part of Estonia.

How the Old Believers arrived in the area of Mustvee and why they stayed, has a long history. Russian Old Believers (in Russian ‘starovero’) have lived on the western shore of Lake Peipus for more than three centuries. The believers in the practices of the Russian Orthodox Church, who did not accept the church reforms of the Russian patriarch Nikon and Tsar Alexei Mikhailovich in the 1650s, were forced to leave their home villages and flee. The reforms consisted in revising the church service books and changing the religious rituals in conformity with contemporary Greek practice. 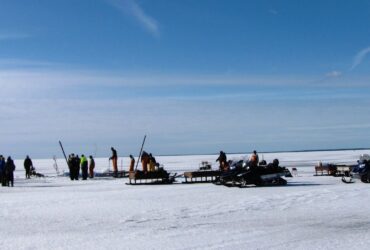 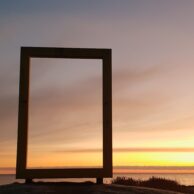