You have reached the drumlin of Laiuse at a height of 124 metres above sea level and are standing next to a restored windmill of the former Kuremaa manor. You are looking at the unique landscape – drumlins and Lake Kuremaa in the valley – of Vooremaa.

The windmill is about 150 years old and belongs to the ensemble of buildings of Kuremaa manor. It is worth visiting the manor and walking through the well-maintained park that is full of different plants. The history of Kuremaa manor goes back to the 16th century when it was separated from the lands of the Laiuse Order. The first known owner of the manor was Joann Wrangell and through the centuries there have been several others. In 1834 it was bought by Alexander von Oettingen, who began to develop the estate by building a dashing late-classicistic main building. From 1944–2004 the manor house was used as a farming vocational school.

Not far from Kuremaa is Palamuse, where you can visit an old school museum, church and historical pharmacy. From 1998, a huge traditional autumn fair has taken place every September in Palamuse. 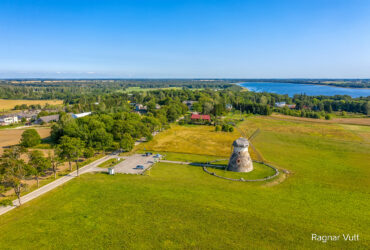 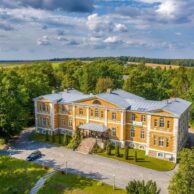 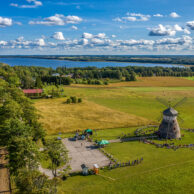 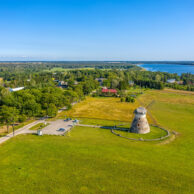