You can meet the Black Rider, hear the prophecy of virgins and taste wonder honey curing all diseases.

On a September night in 1353, beautiful music resounded from the empty chapel of the stronghold, unearthly candlelight flickered through the windows and the people of the stronghold saw a white cross floating in the chapel.

Four months later, the situation had not changed and everybody who visited the chapel could witness the magic. Following the Pope’s orders, Vastseliina (in German ‘Neuhausen’) was declared a sacred place and the sins of numerous pilgrims to the magic chapel were forgiven. The blind could see again, the deaf could hear again, and the fame of Neuhausen castle spread outside the borders of Livonia.

According to old legends, a wanderer here can meet the Black Rider, who has incidentally come to inspect his possessions on the moonlit night, or hear the prophecy of the virgins buried in the cellar under the tower. In the late hours of the night, you can come across a beautiful dead virgin. And with a bit of luck, you can taste the wonder honey from the bees in the castle tower – a honey that cures all diseases.

Now you can go back in time, visiting numerous displays in the former Piiri Inn, climb up the restored tower of the castle, light candles in the magic place or enjoy night concerts between the castle walls illuminated by bonfires.

Along the primeval valley of the river Piusa, several hiking routes run in the middle of unspoilt nature, next to which scattered villages follow the rhythm of ancient times. A wanderer with an open mind can still have surprises and see wonders in the surrounds. 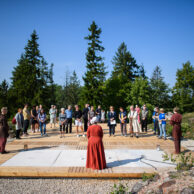 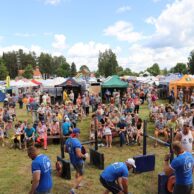